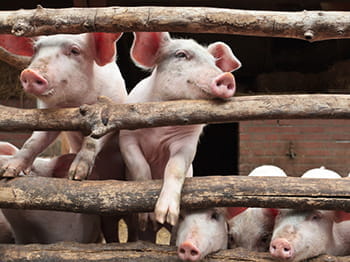 An outbreak of African swine fever that began in China in early August spread to four provinces by the end of the month. About 900 pigs have died of the disease and more than 20,000 have been culled in attempts to control spread of the virus.

Read more about the outbreak of African swine fever in China at NPR.

More background about the disease is also available in the Merck Veterinary Manual.