Laying and Reproduction in Backyard Poultry 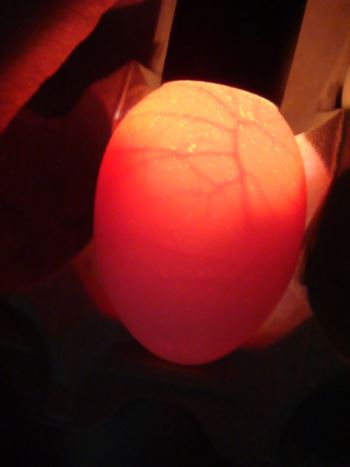 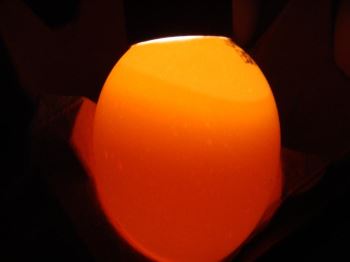 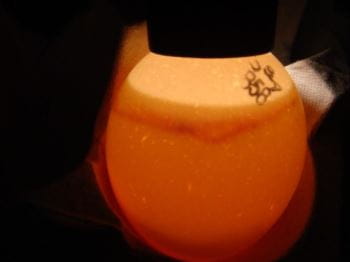 For laying hens, nest boxes just large enough to fit one "seated" hen are desirable. If eggs are to be collected for consumption, efforts need to be made to decrease broodiness in the hens. The term “broody” refers to a hen that stops laying eggs in order to sit on the eggs, even when no eggs are present. As soon as this behavior is noticed, the hen should be moved to a wire cage. Broody hens can have an aggressive temperament, and caution must be taken during handling. Most hens put into cages become less broody in 2–3 days. Without intervention, hens may remain broody for 3–4 weeks.

Backyard flocks raised under natural light will stop laying once hours of daylight become shorter and undergo a molt period lasting 3–4 months or longer. Artificial lighting may be used for layers to lay eggs during the winter months, which will increase the number of eggs laid during that period but not the total number of eggs laid by the hen. Light schedules are usually 13-16 hour days, or lights on all night. Hens will be stimulated to start laying again as hours of daylight increase, not with continuous lighting. Supplemented lighting increases the risk of cannibalism in birds not individually caged. Unless they are given supplemental lighting, most chickens will lay eggs for ~1 year before going into a molt. As long as feather loss is not associated with insect infestation, reddened or abraded skin, poor nutrition, or open wounds, an "unusual molt" can be assumed for lengthy or bizarre-appearing feather loss. If desired, this is also the time hens can be culled from the flock. In general, even the best hens will approach only ~70% of their former production level in their subsequent production period. All hens should molt at least once a year. If the hens do not naturally molt, molt can be induced by decreasing hours of light.

Incubation and Hatching of Eggs

Probably the largest determinant in deciding whether to buy hatched chicks or to hatch within the backyard flock is the desired size of the flock. For small flocks, inexpensive, easy-to-operate incubators/hatchers are available at farm stores, through catalogs, or online. When first starting out, as many as 50% of the eggs may not hatch, thus making egg space a concern if a large hatch is needed. Most home incubators have good temperature control but inadequate humidity control. Chicken eggs can withstand changes in humidity during incubation; however, other species such as turkeys are much more sensitive to poor humidity control. With home incubators, temperature should be regulated for at least 2–3 days before the eggs are placed. During incubation, the temperature should be checked twice daily (fluctuations between 98°F and 101°F are fine for chicken eggs; temperature requirements for other species should be researched before incubation) and the water pan kept full.

Eggs (except dark shelled) should be candled at least once during incubation, typically after the first mortality peak at 7–10 days of embryonation. Candling consists of shining a light through the egg to determine embryo viability by detecting movement of the embryo and presence of blood vessels. Fertile eggs will candle dark except for the air cell (air sac) with visible blood vessels and a live embryo. Infertiles or “yolker” eggs will candle through with only a slight shadow for the yolk and have no internal structures and no embryonic development. Embryos that died with no positive development can also candle this way. Dead or nonviable embryos may have a blood ring around the embryo, caused by the movement of blood away from the embryo after death.

Dead eggs can be removed before possibly exploding. Eggs need to be turned ~4 times/day until the last few days before hatch (embryonation day 18 for chicken eggs). It helps to know approximate incubation periods of the poultry of interest to gauge when to provide adequate interference for a successful hatch. For example, the incubation period for chickens is 21 days, for Bobwhite quail 23–24 days, for guinea fowl 27–28 days, for ducks 28 days, and for geese 28–33 days. If eggs do not hatch, examination of the dead embryos can yield some clues as to the cause.

Common problems encountered during incubation and hatching include:

Once the chicks are hatched, they should not be moved until dry and fluffed. Occasionally, chicks will hatch that have not completely absorbed their yolk sac and/or intestines. These chicks have a poor chance of survival, and euthanasia is warranted. If possible, all chicken chicks should be vaccinated for Marek disease Marek's Disease in Poultry Marek disease is a highly contagious viral disease of poultry characterized by T-cell lymphomas and peripheral nerve enlargement. Standard criteria used for diagnosis include history, clinical... read more

as soon as possible—either in ovo or at the hatchery.