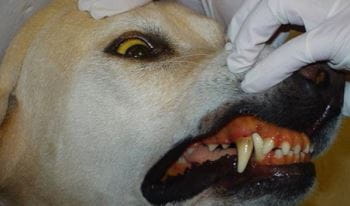 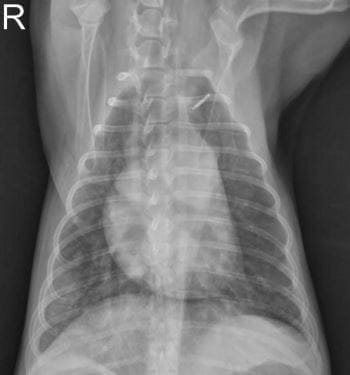 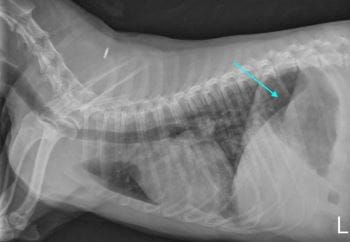 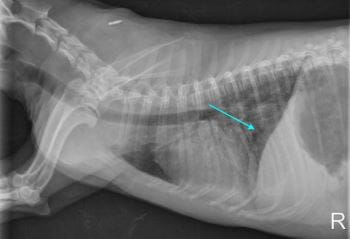 Comparison of Tests Used to Diagnose Leptospirosis in Dogs
Dogs are susceptible to infection by many leptospiral serovars, with clinical signs of leptospirosis ranging from mild, subclinical infection to acute kidney injury, hepatopathy Overview of Hepatic Disease in Small Animals The liver performs numerous functions, including but not limited to lipid, carbohydrate, and protein metabolism; storage, metabolism, and activation of vitamins; storage of minerals, glycogen... read more , respiratory disease, or death. Diagnosis includes serologic testing and identification of leptospires in tissues, blood, or urine. Doxycycline is the primary drug used for treatment in dogs, along with appropriate supportive care. Polyvalent vaccines are available for prevention. Specific serovars in a geographic area vary, so vaccines with the appropriate types should be used. Because it is a zoonotic disease, clinicians must remain vigilant for leptospirosis and should be aware of its different clinical presentations.

Leptospirosis in dogs is an infectious disease caused by bacteria in the genus Leptospira.

Dogs are the maintenance host for Leptospira interrogans serovar Canicola, and before widespread vaccination programs, serovars Canicola and Icterohaemorrhagiae were the most common serovars in dogs in the US. The prevalence of canine serovars has shifted significantly in the past few decades, and the serovars that cause disease in dogs are likely to vary with geographic region and the presence of reservoir hosts. Unfortunately, current understanding of the serovars that cause natural disease in dogs is limited by the fact that isolation of leptospires is rarely performed; thus, studies to date have relied on serologic data.

Unfortunately, the results of serologic testing (with the microscopic agglutination test [MAT]) do not reliably predict the infecting serovar in dogs (or humans) with leptospirosis; thus, the true infecting serovar is unknown in most cases. However, it is likely that the serovars that cause disease in dogs are those circulating in local wildlife.

Knowledge of the infecting serovar in dogs is essential for epidemiological studies and vaccine development; it is less important for clinicians managing individual cases.

It is currently not known whether specific serovars are associated with specific clinical signs of leptospirosis in dogs, and there is no published evidence to guide therapy based on serovar identification. It is, however, extremely important for veterinarians to maintain a high index of suspicion for leptospirosis, because this is a zoonotic disease and has a wide range of clinical presentations in dogs. Any age, breed, or sex of dog is susceptible to leptospirosis, and the diagnosis should not be excluded on the basis of signalment or lifestyle. Canine leptospirosis is not restricted to large-breed dogs, male dogs, or dogs with a predominantly outdoor lifestyle.

Clinical Signs and Test Results of Leptospirosis in Dogs

Acute kidney injury has been the most common presentation for canine leptospirosis in recent years. Dogs affected by leptospirosis might show clinical signs that include lethargy, anorexia, vomiting, abdominal pain, and polyuria, oliguria, or anuria.

Polyuria and polydipsia in the absence of azotemia is also observed in some dogs with leptospirosis, possibly as a result of nephrogenic diabetes insipidus. Leptospirosis could also potentially be associated with renal tubular acidosis.

Acute liver disease Hepatic Disease in Small Animals can accompany acute kidney injury in dogs with leptospirosis, or it can occur alone. Clinical signs might include icterus, vomiting, anorexia, and lethargy.

Muscle pain, stiffness, weakness, trembling, or reluctance to move can occur in dogs with leptospirosis. These signs can be the result of vasculitis, myositis, or nephritis Interstitial Nephritis, Glomerulonephritis, and Vasculitis in Small Animals Acute interstitial nephritis in dogs is caused most often by Leptospira interrogans (see Leptospirosis in Dogs). Cats rarely develop leptospirosis, and clinical signs are less severe... read more . Myalgia is commonly reported in human leptospirosis and is associated with the septicemic phase of the disease.

Pulmonary hemorrhage is now one of the most common clinical signs in outbreaks of human leptospirosis. This is a less common finding in canine leptospirosis; however, cough or dyspnea, or radiographic abnormalities have been noted in a number of affected dogs.

Uveitis Anterior Uveitis in Animals Aqueous flare and cell are observed with fibrin admixed with blood and white cells in the ventral anterior chamber in the right eye of a cat. Anterior uveitis or iridocyclitis is commonly diagnosed... read more

is an uncommon manifestation of leptospirosis in dogs. It appears to be infrequently associated with experimental canine leptospirosis; however, rare case reports exist.

Other nonspecific CBC changes might include neutrophilia, lymphopenia, monocytosis, or mild anemia.

Changes noted on abdominal ultrasound examination might include renomegaly, pyelectasia, increased cortical or medullary echogenicity, perinephric effusion, hyperechoic renal medullary band, hepatomegaly, hypoechoic liver, gallbladder abnormalities, or abdominal effusion or edema. These changes are not specific for leptospirosis, and absence of these findings does not exclude the diagnosis.

Gross necropsy findings can include jaundice, effusions, and petechial or ecchymotic hemorrhages on any organ, pleural, or peritoneal surface. The kidneys and liver might be enlarged, and lungs can be wet, heavy, and discolored. The liver is often friable with an accentuated lobular pattern and might have a yellowish-brown discoloration. The kidneys might have white foci on the subcapsular surface. Microscopic findings in the liver could include mild random hepatocytic necrosis, nonsuppurative hepatitis, and intrahepatic bile stasis, while swollen tubular epithelial cells, tubular necrosis, and a mixed inflammatory reaction can occur in the kidneys.

Diagnosis of Leptospirosis in Dogs

The results of all diagnostic tests should be interpreted in light of the animal's vaccination history, clinical signs, and clinicopathologic findings. The table Comparison of Tests Used to Diagnose Leptospirosis in Dogs summarizes the currently available tests and their advantages and disadvantages. A combination of acute and convalescent MAT titers and PCR assays on blood (early stages of disease) or urine (later stages of disease) is recommended.

Treatment of Leptospirosis in Dogs

Renal replacement therapy with intermittent hemodialysis or continuous renal replacement therapy should be considered for dogs that are anuric or oliguric despite appropriate supportive therapy. Antimicrobial therapy is indicated whenever leptospirosis is suspected and should be instituted before confirmatory test results are available. There are limited case reports in dogs, but no experimental studies, to guide selection of antimicrobial protocols for this species.

Current recommendations are to treat with doxycycline (5 mg/kg, PO, every 12 hours, for 2 weeks). For dogs that cannot tolerate doxycycline, initial therapy with a penicillin is appropriate; however, this course of therapy should be followed by a 2-week course of doxycycline treatment to eliminate the renal carrier phase of infection. Enrofloxacin or clarithromycin might also be used to eliminate the carrier phase. Dogs recently exposed to leptospirosis can be treated prophylactically with oral administration of doxycycline for 14 days.

Prevention of Leptospirosis in Dogs

Commercial bacterins for dogs are available for serovars Canicola, Icterohaemorrhagiae, Grippotyphosa, and Pomona in the US. It is not known whether vaccinated dogs are susceptible to infection with other serovars, although there is some experimental evidence for cross-protection. In general, currently available vaccines provide good protection from disease for at least one year, and also reduce renal colonization and urine shedding. Concerns exist regarding hypersensitivity reactions after leptospiral vaccination in dogs; however, vaccination against Leptospira (an organism that can cause fatal disease) is safe in most cases and studies have shown no significant increase in hypersensitivity reactions, compared with other vaccinations. Adverse reaction are perhaps associated with the use of more highly purified vaccines. Prior recommendations for vaccinating every 6 months are also no longer justified.

Zoonotic Risk of Leptospirosis in Dogs

Because leptospirosis is a zoonotic disease, all veterinary personnel should take appropriate precautions when handling known or suspected infected animals. Such dogs do not need to be placed in isolation; however, they should be nursed with barrier precautions, paying particular attention to avoiding exposure of skin or mucous membranes to urine or blood. Infected dogs should be allowed to urinate in designated areas that can subsequently be cleaned and disinfected. The organisms are killed by all commonly used disinfectants. Owners of dogs recently diagnosed with canine leptospirosis should be advised of the zoonotic nature of the disease and contact their physicians with any health concerns. Owners should wear gloves when cleaning up urine and should wash their hands after handling the dog, at least until the course of antimicrobial therapy is completed.

Leptospirosis in Horses
Others also read

Disorders of the Mouth in Dogs