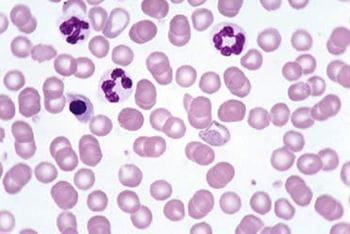 Lead poisoning in animals and humans is a major concern worldwide. Poisoning in animal populations may serve as a sentinel to assess the extent of environmental contamination and human health problems related to lead. In veterinary medicine, lead poisoning is most common in dogs and cattle. Young animals, pica, and greater accessibility to lead are key risk factors associated with the toxicosis. Lead poisoning in other species is limited by reduced accessibility, more selective eating habits, or lower susceptibility. In cattle, many cases are associated with seeding and harvesting activities when used oil and battery disposal from machinery is handled improperly. With the elimination of tetraethyl lead from gasoline in many countries, the number of lead poisoning cases attributed to oil consumption has declined. Other sources of lead include paint, linoleum, grease, lead weights, lead shot, and contaminated foliage growing near smelters or along roadsides.

Lead poisoning is also encountered in urban environments and during the renovation of old houses that had been painted with lead-based paint, leading to exposure of small animals and children. Recent evidence in backyard chicken flocks has documented elevated tissue concentrations of lead in eggs associated with the ingestion of paint flecks. Because poultry are much more resistant to clinical lead poisoning compared with most mammalian species, the deposition of lead in eggs with no apparent clinical disease in the bird may be substantial and may pose a potential public health risk in these unregulated flocks.

The consumption, through grooming, of dust containing lead has been reported in cats. Improper disposal of lead-poisoned animal carcasses may result in toxicoses in nontarget scavenger animals. Scavenging by endangered species such as the condor is a concern. To prevent future occurrences of lead poisoning, it is crucial to identify the source.

Pathogenesis of Lead Poisoning in Animals

Absorbed lead enters the blood and soft tissues and eventually redistributes to the bone. The degree of absorption and retention is influenced by dietary factors such as calcium or iron levels. In ruminants, particulate lead lodged in the reticulum slowly dissolves and releases significant quantities of lead. Lead has a profound effect on sulfhydryl-containing enzymes, the thiol content of erythrocytes, antioxidant defenses, and tissues rich in mitochondria, which is reflected in the clinical syndrome. In addition to the cerebellar hemorrhage and edema associated with capillary damage, lead is also irritating, immunosuppressive, gametotoxic, teratogenic, nephrotoxic, and toxic to the hematopoietic system.

Acute lead poisoning is more common in young animals. The prominent clinical signs are associated with the GI and nervous systems. In cattle, clinical signs that appear within 24–48 hours of exposure include ataxia, blindness, salivation, spastic twitching of eyelids, jaw champing, bruxism, muscle tremors, and convulsions.

. Embryotoxicity and poor semen quality may contribute to infertility.

(roaring), and dysphagia that frequently results in aspiration pneumonia.

In birds, anorexia, ataxia, loss of condition, wing and leg weakness, and anemia are the most notable signs.

Animals that die from acute lead poisoning may have few observable gross lesions. Oil or flakes of paint or battery may be evident in the GI tract. The caustic action of lead salts causes gastroenteritis. In the nervous system, edema, congestion of the cerebral cortex, and flattening of the cortical gyri are present. With histologic analysis, endothelial swelling, laminar cortical necrosis, and edema of the white matter may be evident. Tubular necrosis and degeneration and intranuclear acid-fast inclusion bodies may be seen in the kidneys. Osteoporosis has been reported in lambs. Placentitis and accumulation of lead in the fetus may result in abortion.

Diagnosis of Lead Poisoning in Animals

Lead concentrations in various tissues may be useful to evaluate excessive accumulation and to reflect the level or duration of exposure, severity, and prognosis and the success of treatment. Concentrations of lead in the blood at 0.35 ppm, liver at 10 ppm, or kidney cortex at 10 ppm are consistent with a diagnosis of lead poisoning in most species. Many countries have deemed blood lead concentrations >0.05–0.10 ppm to be a notifiable disease in food-producing animals. Inspection or clearance by a regulatory veterinary officer or biosecurity inspector is mandatory before shipment for food consumption is permitted.

Hematologic abnormalities, which may be indicative but not confirmatory of lead poisoning, include anemia, anisocytosis, poikilocytosis, polychromasia, basophilic stippling, metarubricytosis, and hypochromia. Blood or urinary delta-aminolevulinic acid and free erythrocyte protoporphyrin levels are sensitive indicators of lead exposure but may not be reliable indicators of clinical disease. Radiologic examination may be useful to determine the extent of lead exposure.

Treatment of Lead Poisoning in Animals

If tissue damage is extensive, particularly to the nervous system, treatment may not be successful. In food-producing animals, calcium disodium edetate (Ca-EDTA) is administered IV or SC (110 mg/kg per day) divided twice a day for 3 days; this treatment should be repeated 2 days later. In dogs, a similar dose divided 4 times a day is administered SC in 5% dextrose for 2–5 days. After a 1-week rest period, an additional 5-day treatment may be required if clinical signs persist. No approved veterinary product containing Ca-EDTA is currently commercially available.

d-Penicillamine can be administered PO to dogs (110 mg/kg per day) for 2 weeks. However, undesirable adverse effects such as emesis and anorexia have been associated with this treatment. d-Penicillamine is not recommended for food-producing animals. Succimer (meso 2,3-dimercaptosuccinic acid [DMSA]) is a chelating agent that has been effective in dogs (10 mg/kg, PO, 3 times a day for 10 days) and is also useful in birds. Fewer adverse effects have been associated with DMSA than with Ca-EDTA.

Cathartics such as magnesium sulfate (400 mg/kg, PO) or a rumenotomy may be useful to remove lead from the GI tract. In cattle, surgery to remove particulate lead material from the reticulum after the ingestion of batteries is rarely successful. Barbiturates or tranquilizers may be indicated to control convulsions. Chelation therapy, in combination with antioxidant treatment, may limit oxidative damage associated with acute lead poisoning. Antioxidants such as N-acetylcysteine (50 mg/kg per day, PO) have been administered in combination with DMSA.

Mobilization of lead at parturition, excretion of lead into milk, and lengthy withdrawal times in food-producing animals raise considerable controversy regarding the rationale for treatment from both public health and animal management perspectives. The half-life of lead in the blood of cattle ingesting particulate lead is usually >9 weeks. Withdrawal times, which may be >1 year, should be estimated by periodic monitoring of blood lead concentrations. In a herd of cattle with confirmed cases of lead poisoning, all potentially exposed cattle should be evaluated. A small but significant portion of the asymptomatic cattle may have concentrations of lead in tissues that exceed recognized food safety standards. In dairy animals, lead is secreted into the milk. Children, who often consume large quantities of milk, are at much greater risk. Milk standards vary from 0.02 to 0.04 ppm in many countries. Many suggest this standard should be reduced to 0.005–0.01 ppm, which is comparable to human drinking water standards. The food-producing animal water standard in many countries is 0.1 ppm.